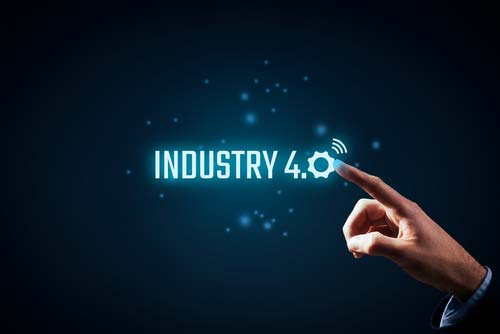 Preparing for the 4th Industrial Revolution

Listen and learn as speakers discuss how remote parts of the world can prepare the workforce for the skills required to participate in the 4th Industrial Revolution. 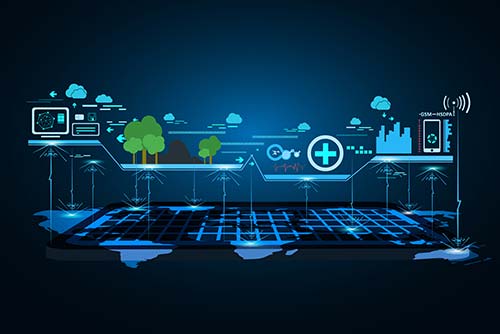 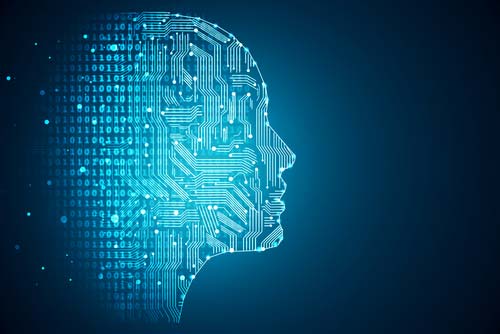 Artificial Intelligence: The Good and the Unknown

Join us as some of the world's top researchers and minds in the field of Artificial Intelligence share insights on the role this technology can plan in remote regions. 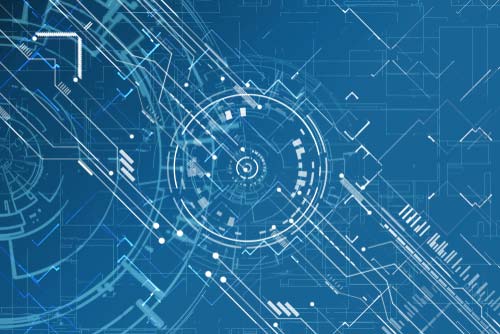 Speakers will identify and address strategies for isolated communities to implement as flexible blueprints and methodologies to embrace disruptive technology. 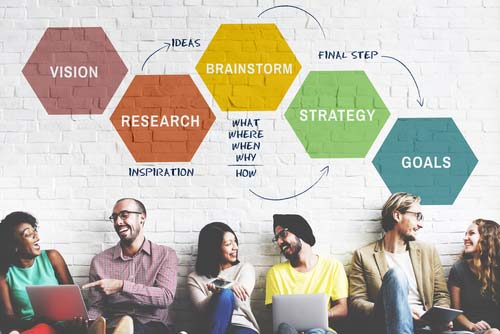 Our panel and speakers discuss how the idea of inclusion is changing the way we look at economic development and moving industries forward. 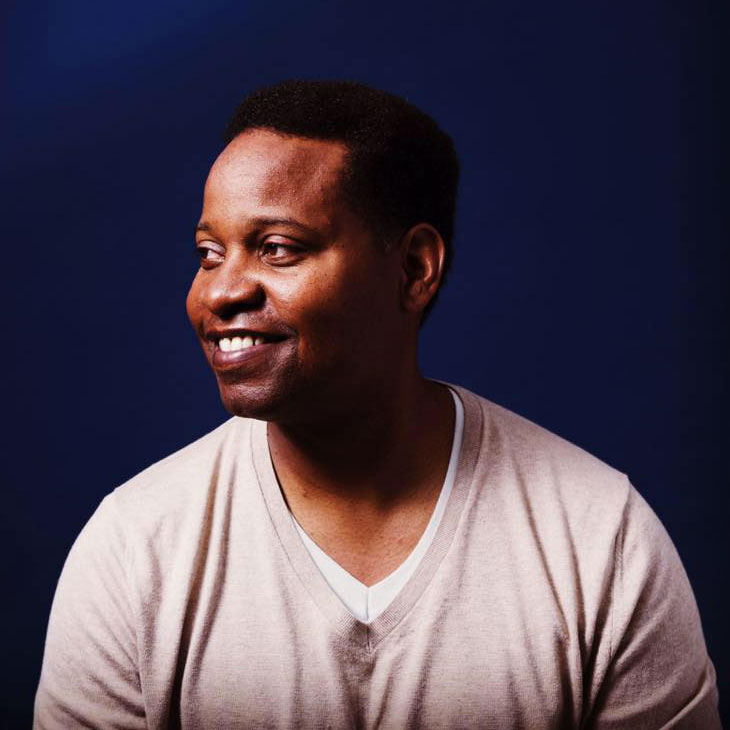 Senior Manager of Artificial Intelligence and Academic Relations for Amazon

Stephen Thompson is a technology executive focused on finding elite talent for cutting edge technology companies such as Google, Apple, LinkedIn, and Amazon. Stephen leads a global team of executive search professionals working to identify and engage luminary scientists and disruptive engineering leaders within the fast moving Artificial Intelligence (AI) space. In addition to his work in the private sector, Stephen has worked with well-respected academics at MIT, Stanford, and UC Berkeley. Currently, Stephen is Senior Manager of Artificial Intelligence and Academic Relations for Amazon. Prior to Amazon, Stephen led Technical Search for LinkedIn. Stephen served on the board of Save The Bay for 12 years and is now on the Board for Students Rising Above. Stephen holds a BS in political science and philosophy from the University of San Diego. While Stephen is a renowned leader in his space, his ascendancy is particularly remarkable in light of his traumatic past and the untraditional path he took to get to where he is today. Stephen was featured in Sheryl Sandberg’s book, Option B, for his grit, resilience and admirably positive outlook. Stephen resides in San Jose, California with his wife and two boys. 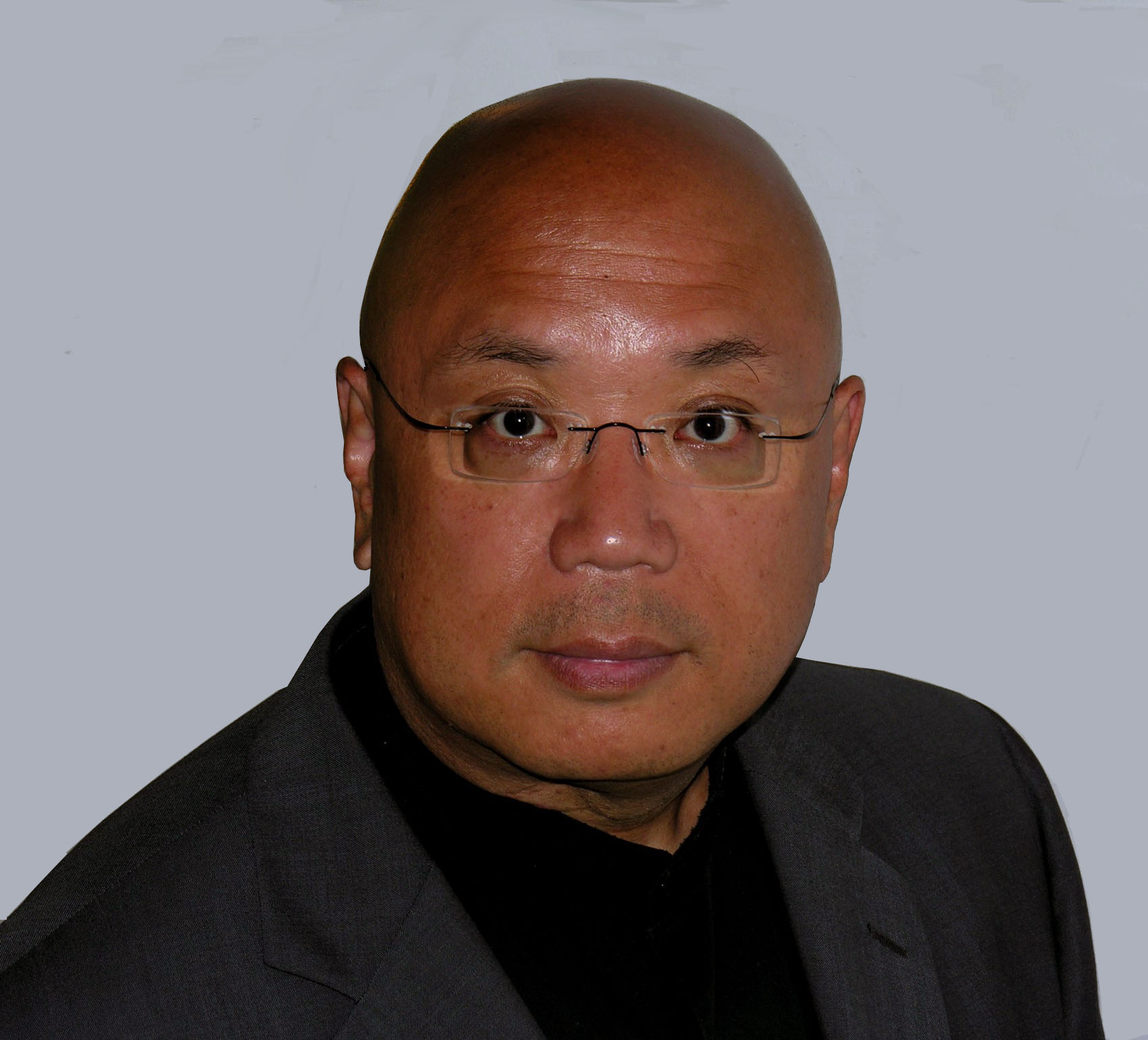 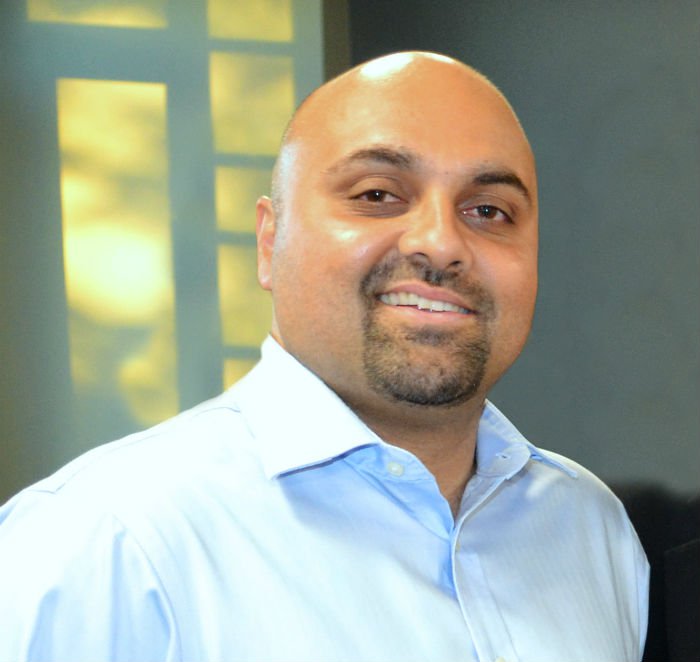 Neil Sahota is an IBM Master Inventor and worldwide business development leader in the IBM Watson Group. With 15+ years of business experience, he works with clients and business partners to create next generation products and solutions powered by Watson. Prior to his current role, he was a thought leader consultant and practice leader in IBM Global Business Services where he was responsible for the sales and delivery of complex consulting engagements spanning business strategy, new product development, revenue optimisation, process improvement, and business and system integration. His work experience spans multiple industries including health care, life sciences, retail, travel and transportation, energy and utilities, automotive, telecommunications, media/communication and government. Neil has lived and worked in Ningbo in China where he was involved in economic development projects. In conjunction with numerous Chinese corporate CEO’s, Neil has extensive experience in assisting companies and entrepreneurs to define their products, establish their target markets, and structure their companies. He is a member of several investor groups and a director of various tech and other companies. Neil resides in California, USA and spends significant time travelling the world to participate in business projects and the development and expansion of businesses into China and other countries in the world. 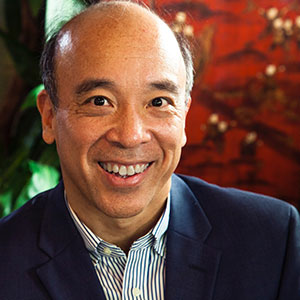 Jeffrey Au is the founder and Managing Director of PACIFICAP, Hawaii's oldest locally based venture capital/private equity investment firm. Since 2000, PACIFICAP affiliates have led or participated in financing rounds that have raised more than US$600 million for their portfolio companies. Industry sectors include dual use technologies, telecommunications, software, alternative energy, healthcare, digital media, film/TV production and tourism. Jeff brings more than twenty-five years of experience in structuring, documenting and implementing innovative, interdisciplinary, financial, tax and legal solutions to complex problems facing early stage and emerging growth companies. He also has extensive experience in investment fund structuring, documentation, management and operations. Jeff previously was a Principal and General Counsel of a San Francisco based private equity firm, where he had lead responsibility for the structuring, negotiation, documentation and/or closing for more than 30 affiliated investment partnerships, limited liability companies, corporations and trusts with more than US$200 million in assets. Previously, Jeff worked in the Corporate Department of a large San Francisco based law firm. Jeff has served as Managing Director and Chairman of the Executive Committee of Island Air, Hawaii’s second largest airline, with more than 200 scheduled flights per week, in which PacifiCap affiliates purchased a controlling interest from Oracle Corporation founder Larry Ellison in February 2016. He has also served as Executive Producer of the award winning feature film, Princess Kaiulani, and Executive Producer of Local Ventures, a weekly TV series that profiled Hawaii's local entrepreneurs and successful small businesses. A fourth generation kama`aina born and raised in Honolulu, Hawaii, Jeff is a graduate of Punahou School and Mun Lun Chinese Language School in Honolulu. He attended Stanford University, where he earned a bachelor’s degree in Political Science and a master’s degree in International Policy Studies, with a comparative focus on strategies for foreign direct investment in Asia and other regions. He served on Stanford's Faculty Committee on Undergraduate Admissions and Financial Aid, where he initiated a review of admissions practices that resulted in a doubling of Asian American admissions in the same year and a quadrupling of Stanford's Asian American undergraduates over four years. Jeff received his Juris Doctor degree from the Columbia University School of Law, where he served as Articles Editor for the Journal of Chinese Law. He speaks Mandarin and Cantonese Chinese and French. He is licensed to practice law in California and Hawaii and is a WIA Certified Windsurfing Instructor and a PSIA Certified Ski Instructor. 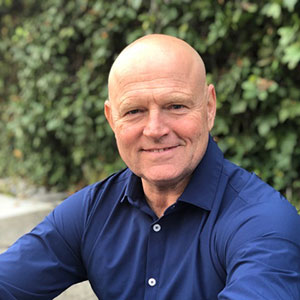 Co-Founder and Diversity Evangelist at PMA

Raised on islands and diversely educated - Bill has always been focused on solving human as well as technical problems. Over the last 15+ years he has built products, teams, and solutions for mobile, recruiting, ecommerce, social media, and now education. He has helped companies ranging from Google and Walmart to hotels and restaurants. Teams have frequently been behind Bill’s success - he continues to learn how to improve, optimize, and level up team member’s education and performance for the company's benefit. Bill spent his college years as a first-responder on some of the highest rescue beaches of O’ahu, mastered tuning high performance cars in his 20s, and was early to work on database driven websites, geo targeted advertising, and mobile developer tools. Bill lives in Silicon Valley, has two sons, and bikes to work whenever possible. 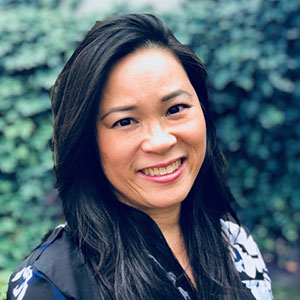 From her experience teaching emotional and mental health skills to patients in hospital, Barbara identified the need to provide soft skills training as a preventative measure rather than waiting until people develop dysfunctional habits or more serious mental health concerns. PMA’s Soft Skills curriculum draws upon Dialectical Behavioral Therapy (DBT), cognitive/executive function skill training and positive psychology with an occupational therapy delivery methodology. The curriculum leverages a variety of evidence-based approaches including mindfulness and Zen philosophies, neuroplasticity principles and habit training strategies. Barbara currently teaches soft skills and cognitive/executive functioning in private practice and at El Camino Hospital, a leading mental health care facility in the Bay Area. She has worked with clients ranging from adolescents to seniors with depression, anxiety and psychosis, to improve their performance and independence at home, school and work. She has also worked with clients with neurological conditions at Services for Brain Injury in San Jose, CA. Before changing to a career in health care, Barbara spent over a decade leading marketing efforts with technology start ups. With Master Degrees in both International Management and Occupational Therapy, Barbara brings a unique set of skills to PMA. A member of the “sandwich generation”, Barbara lives in Silicon Valley with her two kids and her parents. 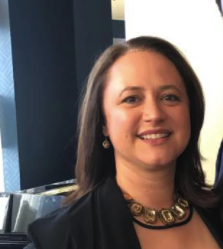 Penelope Thompson is a senior director with over 20 years of experience selling Enterprise Software Solutions into High Tech, CPG, and Financial Services Industries. Ms. Thompson is a seasoned Business Intelligence and CRM professional. She has worked internationally in France and Switzerland, England and Australia on large Business Intelligence projects. Penelope has helped implement solutions at large corporations such as Hewlett Packard, IBM, Sun, Aventis Pharmaceuticals in Paris, The Boerse Swiss Stock Exchange, Charles Schwab, and Clorox. Penelope has been with Salesforce for nine years. In her current leadership role at Salesforce she has built a pre-sales Solution Engineering program from the ground up for the emerging Analytics and Einstein Smart Data Discovery Solutions since its launch in 2014. Penelope leads a National Team of Enterprise Solution Engineers for Einstein AI & Analytics at Salesforce.com. 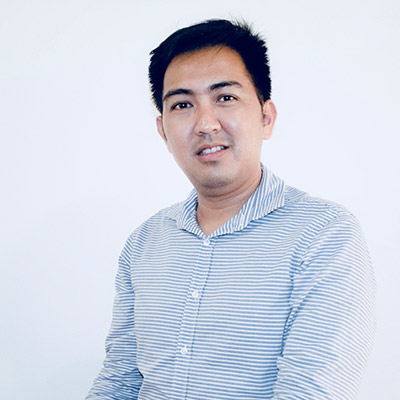 Mark Badal joined IT&E as chief information officer. His responsibilities include providing technology vision and leadership in the development and implementation of IT operations and strategies. He most recently served as president of Transcend IT Solutions, a technology solutions provider in the Northern Mariana Islands. His previous positions include vice president of information technology at Imperial Pacific International LLC and head of IT and marketing at Bridge Capital LLC. 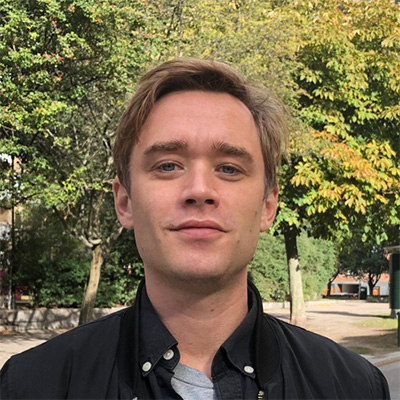 VR Developer at One Reality AB

Joel Schröder has an engineering background in design and product realisation with a master in mechatronics and used to work as a telecom developer focusing on 5G. His passion to increase young peoples interest in science as well as making advanced education easily available with a lowered threshold of prerequisite knowledge has brought him to One Reality as a developer and project manager. 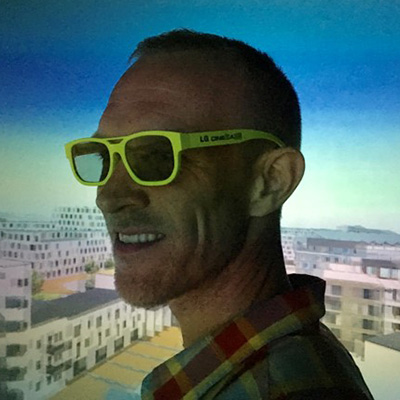 Mattias Söderholm started out in visual effects, making films, advertising and music videos. Later trained as a traditional sculptor, he has cross-fertilized digital and analog skills and is now pioneering the use of virtual reality as a superior learning tool for a wide range of applications. The Nobel Prize VR-experience will be showcased during the presentation. 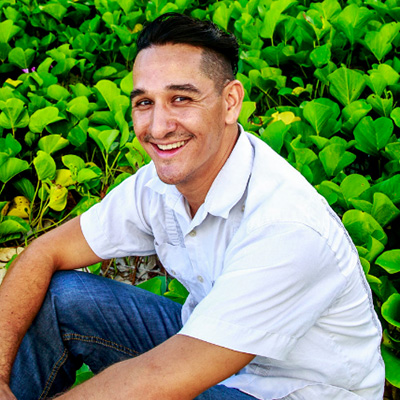 Gerard "Mr. G" van Gils is a public school teacher and innovator on the island of Saipan. Mr. G currently works as the Executive Director of the Marianas Young Professionals, which is an educational, non-profit, organization which focuses on professional workforce development. MYPros has a mission to elevate disadvantaged young people through education and to help our young professionals become leaders in the Commonwealth of the Northern Mariana Islands. Mr. G started the Million Dollar Scholars program to help his high school students to achieve higher education in cohorts; this effort has helped more than 90 scholars to attend 4-year universities on scholarship. For his work he was awarded as the 2017 Teacher of the Year - Northern Mariana Islands, he is the 2017 PREL Pacific Educator of the Year, and was honored in the Oval Office by the President of the United States. Having begun his career in finance, his passion is creating pathways out of poverty for his scholars through education and entrepreneurship. G van Gils lives on Saipan with his wife Amanda, a Physician Assistant, and his two young daughters, Talya and Amaya, who sing loudly and jump on his bed every early morning. 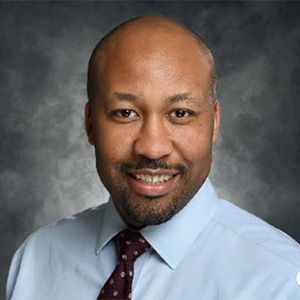 President and CEO of HCR Consulting L.L.C., focuses his efforts to impact marginalized communities and prepare them for the 4th Industrial Revolution. Prior to creating HCR Consulting, David managed a national portfolio of grantees for the U.S. Department of Treasury's State Small Business Credit Initiative (SSBCI). In his role at Treasury, David led outreach and strategic planning efforts, fostered relationships with state and federal officials, and provided technical assistance to over a third of the country. With a deep passion for enhancing the entrepreneurial ecosystem, focusing on minority-owned, women-owned, rural and small businesses and connecting people, some of David’s key successes include developing the first-ever Treasury-supported Inclusive Entrepreneurship coverings and peer-to-peer strategy sessions for states to collaborate on successful deployment of federal funds and leading inter-agency discussions to support the efforts. David has over 15 years of experience in community development, having worked with state, quasi-governmental and the federal government to grow the nation's economy. He led a team for Treasury's Small Business Lending Fund (SBLF) which created the methodology for evaluating financial institutions and at Fannie Mae that implemented pricing for Home Affordable Refinance and Jumbo Conforming loans. David lives in Northern Virginia with his wife and two young sons. 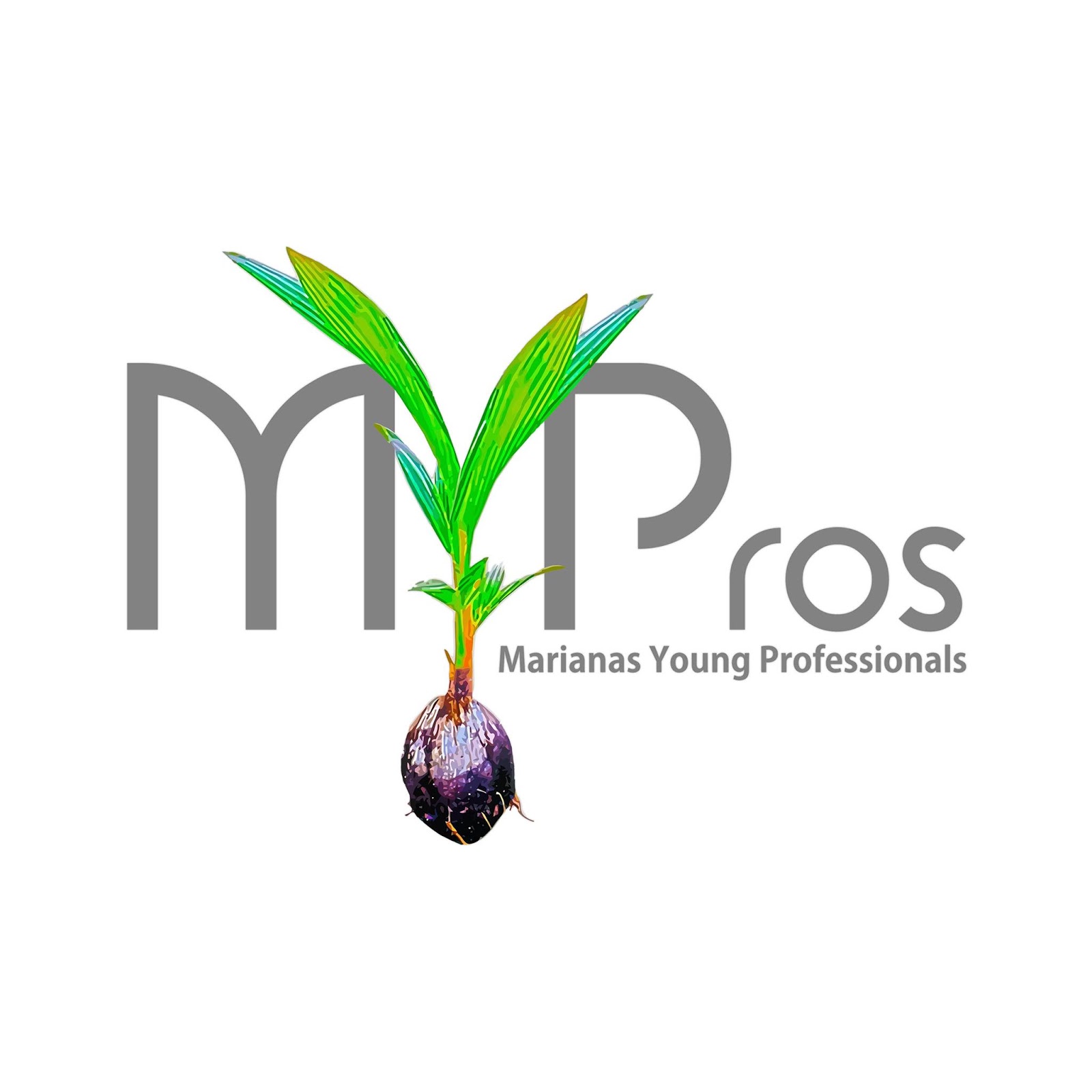 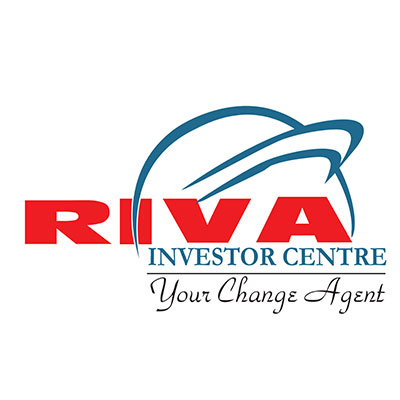 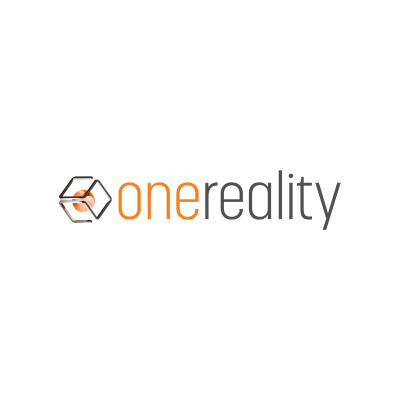 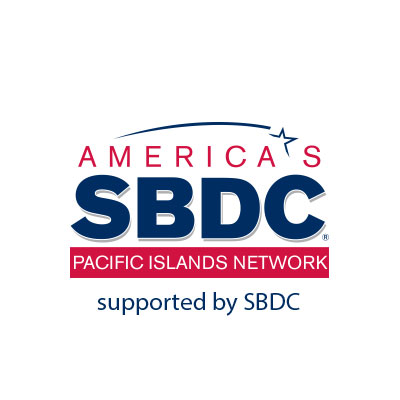 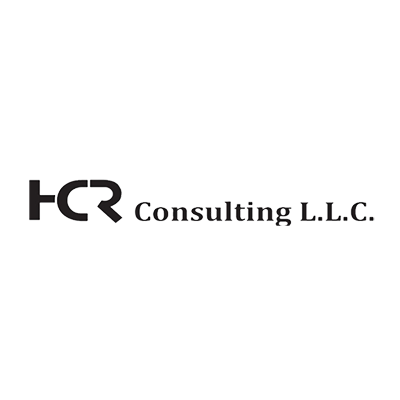 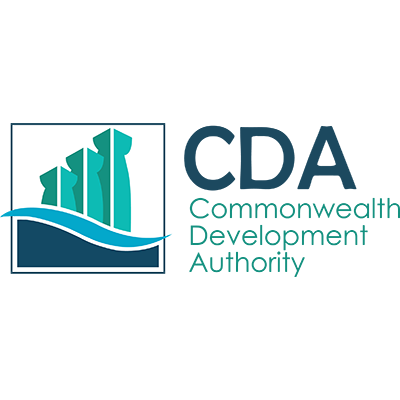 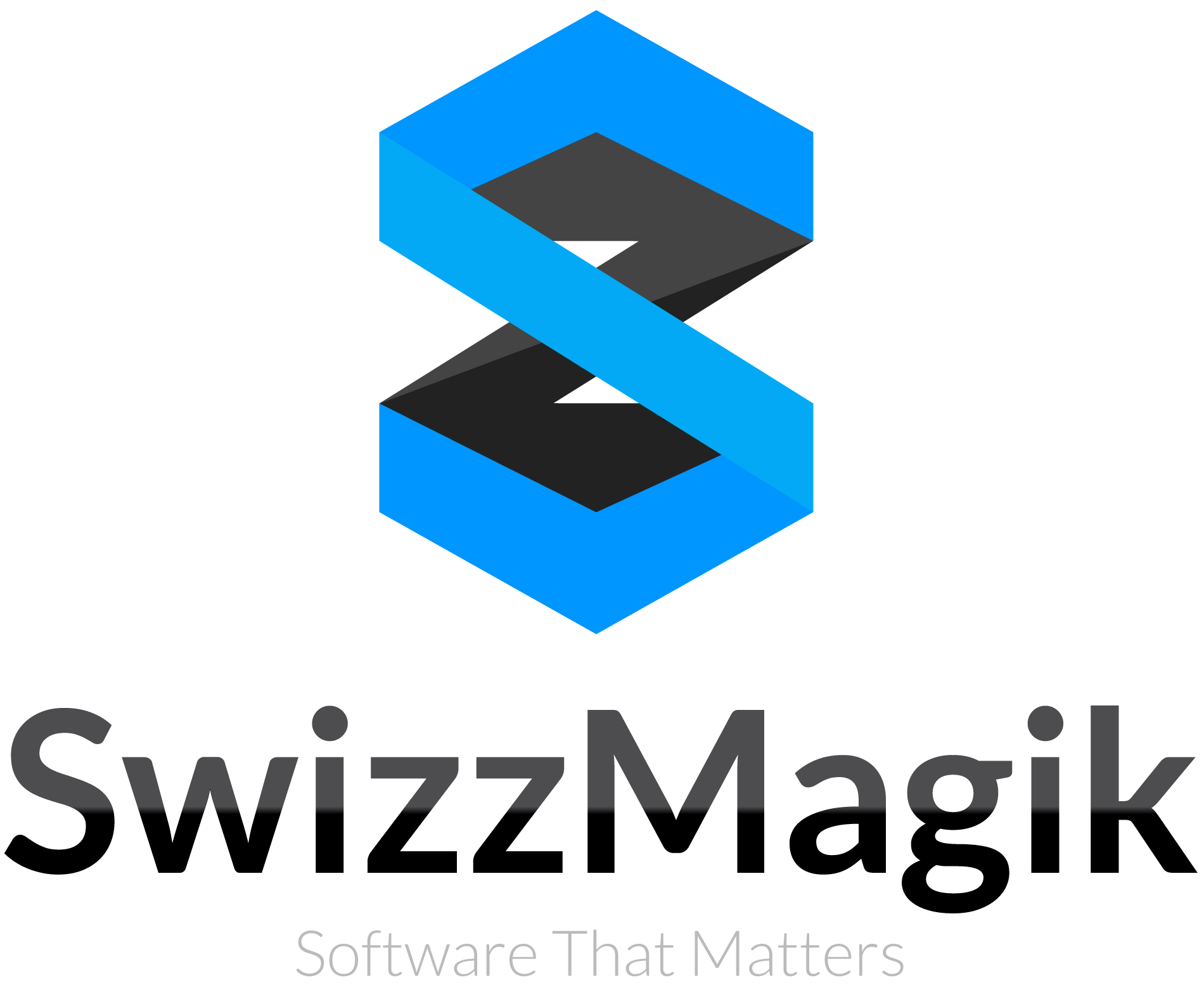 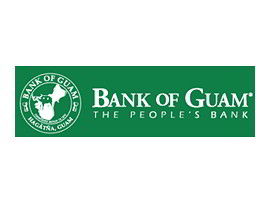 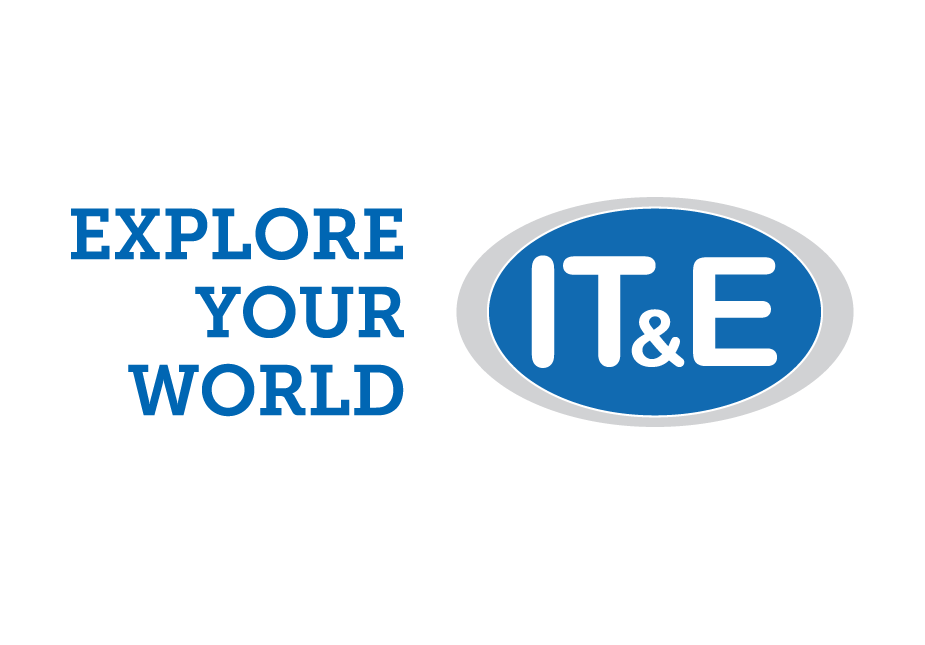